On April 26, 2017, Abu Dhabi International Book Fair opened in the Abu Dhabi National Exhibition Center in the United Arab Emirates. As the Guest of Honor, China brought to the Book Fair the theme “Reading China”. Shandong Publishing Group carefully prepared and selected books for this important international book exhibition in the Belt and Road Initiatives country. 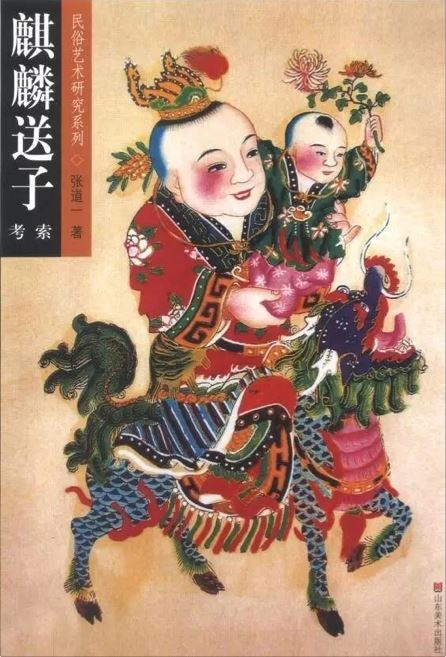 On the opening day, the signing ceremony of Shandong Fine Arts Publishing Co. Ltd.’s export of the copyright of Research on Kirin Songzi to Lebanon Science Press was held in the Guest of Honor area as one of the theme activities.

The book Research on Kirin Songzi was written by Zhang Daoyi, a famous Chinese critic on arts and crafts History and founder of research on folk art. Traditional culture is the base of Chinese people and Kirin is one of the important cultural symbols. This book showcases the splendid Chinese civilization and explores the possible combination of traditional folk art and modern art. 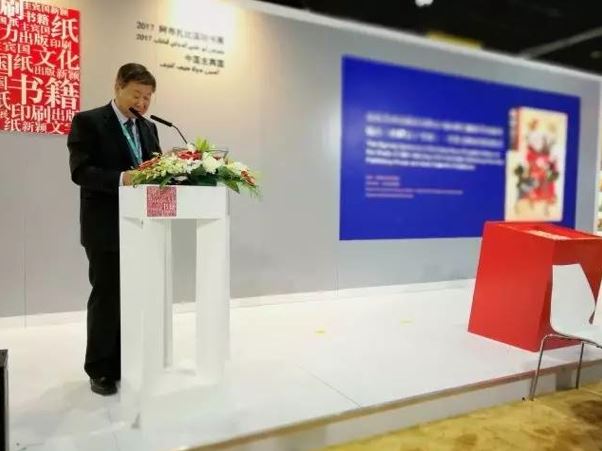 Mr. Chen Yingming, the inspector of Import and Export Division of State Administration of Press, Publication, Radio, Film and Television of the People’s Republic of China, came to show his congratulations. He hoped that China and the Arab countries like Lebanon could import, translate and publish good books from each other, so that readers can learn more about both Chinese and Arabic culture and cultural communication can be promoted.

Mr. Zhang Zhihua, Chairman of Shandong Publishing Group Co. Ltd., attended the signing ceremony and delivered his speech. He said that as the hometown of Confucius and Mencius, Shandong has a profound historical and cultural accumulation. He hoped that Kirin, the mythical animal of China, can bring friendship and good wishes to the world and open the new chapter of the long-term cooperation between Shandong Fine Arts Publishing House and Lebanon Science Press.

As an important part of the Guest of Honor activities, this signing ceremony is a great achievement of Shandong publishing houses. The cooperation of the two publishing houses that both have histories of more than thirty years can be a cultural bridge that links the two countries and two different cultures. Through this bridge, oversea readers can have the opportunity to feel and touch the unique charm of traditional Chinese culture.